Are you in need? Just ask Allah!

For whatever problem we have, whatever difficulty we find ourselves in, we have the most powerful weapon to ward off the pain that plagues us. It is the weapon of du`a’. We know with certainty that Allah is Al-Mujeeb (The Responsive). We have read many articles telling us about the importance of du`a’, but in order for our du`a’ to be truly meaningful, we must accompany that du`a’ with a certain brokenness in the heart. This brokenness is the feeling of utter need, submission and surrender to Allah, and realizing that truly it is only He who can get us out of our state.

“O My servants, I have forbidden oppression for Myself and have made it forbidden amongst you, so do not oppress one another.

O My servants, all of you are astray except for those I have guided, so seek guidance of Me and I shall guide you,

O My servants, all of you are hungry except for those I have fed, so seek food of Me and I shall feed you.

O My servants, all of you are naked except for those I have clothed, so seek clothing of Me and I shall clothe you.

O My servants, you sin by night and by day, and I forgive all sins, so seek forgiveness of Me and I shall forgive you.

O My servants, were the first of you and the last of you, the human of you and the jinn of you to rise up in one place and make a request of Me, and were I to give everyone what he requested, that would not decrease what I have, any more that a needle decreases the sea if put into it.

Subhan’Allah (exalted is Allah), this hadith requires us to read it more than once to truly grasp its meaning. In essence, Allah is telling us that everything is from Him – He possesses this whole world and all that is in it, therefore we should seek all of our needs from Him.

Allah has named Himself Al-Mujeeb, which means the One who responds. Just as we are certain that the Qur’an is true, we must be certain that Allah, Al-Mujeeb, will answer our call. We should never think that Allah will not answer, because by feeling so, we are denying this attribute (siffat) of Allah. Whenever we are feeling down, we should not hesitate to ask Him over and over again, and to go into Sujood (prostration) and plead because that is the closest that we are to Him. If we realize this, the doors of mercy have been opened for us, because the Prophet ﷺ said,

“For whoever the door of du`a’ opened, for him the doors of mercy are opened.”

Your du`a’ is deposited with Allah, and as was narrated from the Prophet ﷺ,

your du`a’ does something. Either Allah will speedily answer your du`a’ or He will save it for you until the Hereafter, or He will avert something bad equal to the value of the du`a’

So we should never leave du`a’. The Prophet ﷺ told us,

“Do not stop making du`a’, because nobody who makes du`a’ is forsaken.”

Insha’Allah, you will be answered. The Prophet ﷺ said,

“Verily your Lord is Generous and Shy. If His servant raises his hands to Him (in supplication) He becomes shy to return them empty.”

Remember: our Lord is not forgetful. Sometimes you might even forget that you once made du`a’ for something, but He might give it to you years later.

We must always have certainty that Allah answers. But sometimes doubt enters one’s heart: “…But I asked, I made du`a’… and I don’t see anything?”

Firstly, just as we know that Allah is Al-Mujeeb, we must also know He is Al-Hakeem (the Most Wise).

He may delay answering your prayer for a number of reasons; one is to test your trust in Him. We all say we believe Allah is the Al-Mujeeb when everything lands at our feet, but what about when we don’t immediately see the fruits of our du`a’?

I knew a woman who was telling the story of how her husband did not pray. When she married him, she didn’t know, and as the marriage progressed she discovered that he was skeptical of religion as well. So she would wake up every night for qiyam al-layl (the night prayer) and plead with Allah to guide Him.

Do you know how long she prayed for? Two years. And she says it was so unexpected; he came home from a business trip with a complete change of heart. It turns out that on the plane he was seated next to a great sheikh who began talking to him. And that is how he changed.

Another reason is that Allah knows when it is best to answer. Perhaps you are asking for a job and He could give you a job at this very moment, but He will delay it because He knows that in a couple of months, a better job will come along. Perhaps what you are asking for is not good for you, or He will give you something better in the Hereafter.

Allah also may delay the answer to make us work harder so we are prepared for it. If we look at Palestine, we may think, “Wow, the Muslim Ummah prays so much and we don’t see anything changing.” But in truth, although the majority of the Ummah prays intensely during Ramadan, many do not make du`a’ with true pleading. It is almost an afterthought. And if we do (such as when we see the carnage that happened in Gaza) we do not follow up our words by utilizing the means to change the situation; we forget (as is happening now). There are some genuine people who work for change, but they are a minority. So we need to be patient because we need to know that Allah is training the Ummah. The answer is being delayed so that we become worthy of this task.

There is a beautiful hadith Qudsi which states that-

Many of us would ask and then when we get what we want we stop going to Allah; but imagine that when the answer is delayed, Allah loves to hear YOUR voice again as you call Him. Wow.

Allah does not place a burden on us greater than we can bear. If the answer to your du`a’ has been delayed, it’s because Allah KNOWS you can handle it. He tests those whom He loves, so keep asking and remember that Allah makes with hardship ease. And remember, as with tawakkul, we need to exert effort as well.

Ibn Al-Qayyim said he who fulfills the following conditions should know that Allah will surely answer his du`a’:

Have certainty that Allah subhanahu wa ta`ala will answer your du`a’. The Prophet ﷺ said,

”Ask Allah with certainty that He will answer your prayers.”

Show submissiveness and devotion during your du`a’. The Prophet ﷺ said,

‘Know that Allah will not accept the supplication from an absent heart.’

Be patient and do not hasten for an answer. The Prophet ﷺ said:

‘The du`a’ of any worshipper will continue to be responded to, as long as… he is not hasty’ i.e. as long as he doesn’t lose patience.

Continue to gain a lawful means of living. The Prophet ﷺ narrated a story about a man asking Allah, saying – 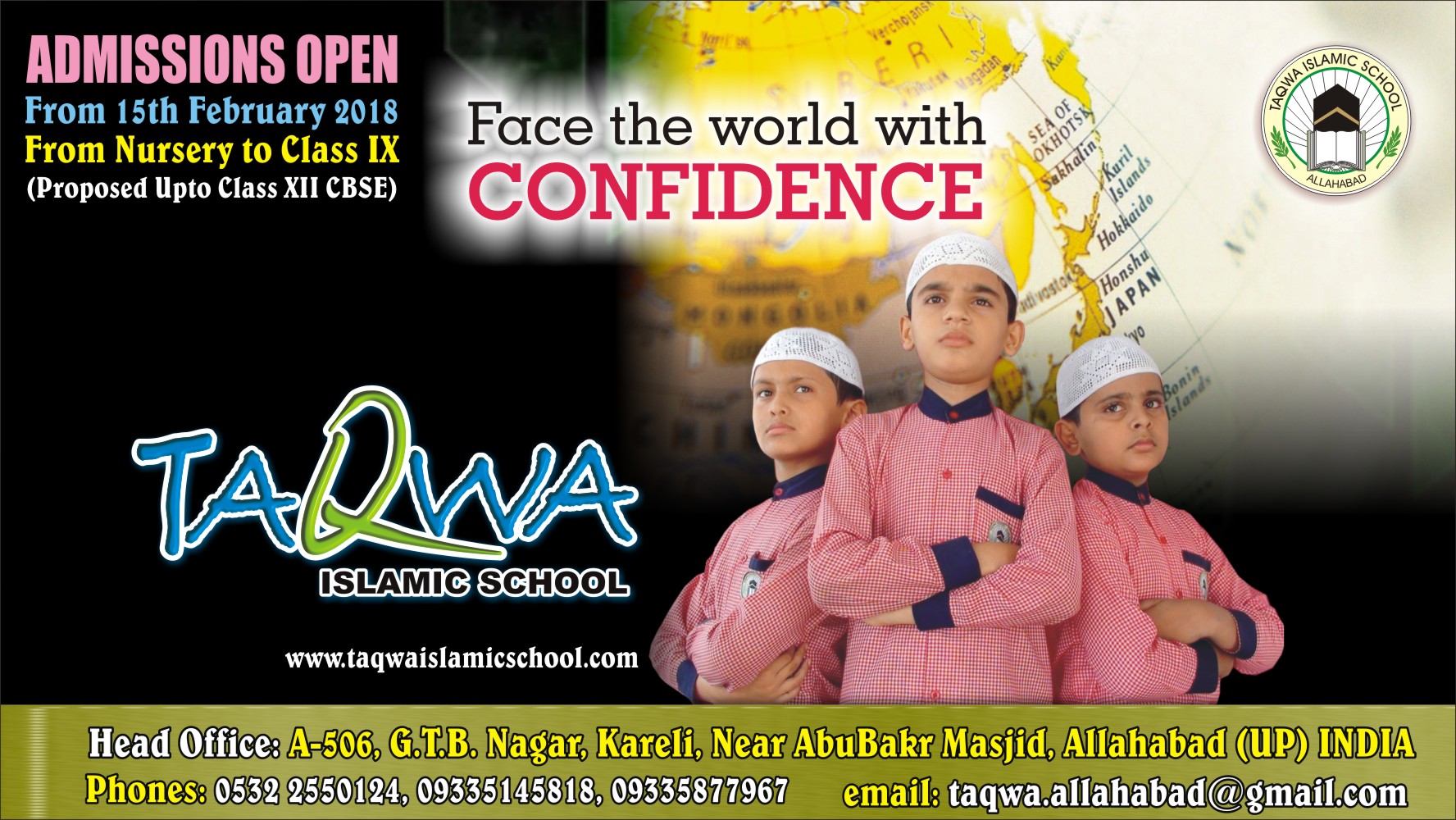 Are you in need? Just ask Allah!

A Brief Introduction to Islam – Part 1

A Brief Introduction to Islam – Part 1 Islamic Awareness Islam and Muslims The word “Islam” is an Arabic word which means “submission to the will […]
Do you like it?0
0 Read more

British Bake Off champion proud of her Islam