We try to fulfill all the needs of our children and provide them the best of food, clothing, and shelter. To give them the best education, so that they may become “Successful” individuals, we admit them to the “best” of the schools.

Will our children be successful in both the Duniya (present World) and the Akhirah (Life after Death) by attending these “best” schools?”

In most of these “best” schools our children are forced to say prayers which have words full of “Shirk”.

We have to admit that many things taught in these schools will neither benefit us in this life nor in the Hereafter but in fact may harm the “Eeman” and “Aqeedah” of our innocent children.

Darwin’s theory of Evolution – this goes against the verses of the Quran which are crystal clear that the whole of humankind is a progeny of Adam (AS) and have not evolved from apes.

The children come home very tired from school.  After completing the home work, that there is very little time left for parents to impart Islamic education and undo the wrong things that have been taught, however much we may try to do so.

We are accountable for every moment spent on this planet, is it not important for us to ensure that our children’s time is utilized in the most optimum way?

Instead of memorizing ridiculous poetry, a Surah can be learnt and understood during the same time.

Environment plays an important role in the upbringing of children. Children spend about 6-8 hours a day in school, which is more than 75% of the time they stay awake – the time in which we can educate and do Tarbiyah of our children.

Today the winds of very obscene and vulgar culture have swept over the entire globe.

Obscenity is increasing day by day. And the worst part is, “obscene is no longer considered obscene!” Because we want to “Educate” our children we send our children to such environments where children are competing with each other in being as “Modern” as possible, even if it means wearing minimum clothes, drinking, going out for movies, rave parties, etc.

Children spend most of their productive time in school. If we send them to an unislamic environment where their friends discuss boyfriends and movies, it is possible that in spite of our best efforts at home, our children may get affected by these wrong trends and influences right in front of our very eyes!

It is like pushing our children into a muddy puddle and still wishing that they don’t get dirty!

We send our children to such unIslamic environment and then tell them not to get influenced!

We push our children into a swimming pool and tell them not to get wet!

Are we parents not responsible if our children are wrongly influenced by the environment because we ourselves have put them in such environments?

In some schools they are exposed to the pressures of Western culture, bullying and communal hatred. Some teachers in these schools have no respect for Islamic faith and culture. They mis-Educate and de-Educate Muslim children making them misfit not only for the Muslim community but also for the society at large.

The result is that they suffer from identity crisis, which is crucial for mental, emotional, and personality development.

Imagine a scenario where we have been invited for a gathering in which we don’t fit!

a Hijab-wearing lady is invited to a function where most of the other women are scantily clad.

We adults would not like to be in an environment which is unIslamic, even though we are able to defend our faith and our choices. But we push our children in such an environment, not just for hours or days, but for months and years… in fact decades.

For the sake of education our daughter is forced to go to school in Skirts and then adorns the Hijab elsewhere. She is constantly nagged by her classmates for wearing a “Ghagra” because that is the most a Muslim parent can do — make the Skirt as long as possible.

Are we not making her life miserable by sending her to such a school?

Would we like to be in such an environment even for a few hours?

There could be another scenario…

A rebellious child. She wants to do what her friends are doing…

go for movies, parties, wear halter tops, dance, and dream of becoming Miss Universe (the latest fad among most girls).

And you tell her “No” for everything.

In school anyway she is constantly brainwashed into believing that Islam is a barbaric faith as it does not allow her to do what she wants and forces her to “run away.”

Again it is we parents who are responsible for this situation.

Do we really have no alternative?

We need to enroll our children in Islamic Schools.

It’s time the Muslim community seriously thought about this very crucial problem that is plaguing our children.

We need Islamic Schools for proper growth and development of our children.

It is our duty to provide our children an environment where they are surrounded with positive influences – Islamic influences.

If we profess to be Muslims, we have to obey Allah’s command and we have to do all we can to save our children from the Fire.

School is CLOSED due to Locked down across the country for Covid-19.

The school has been trying to provide best services to your child during this COVID-19 pandemic.

You are requested to make your ward(s) attend the Online Classes regularly. 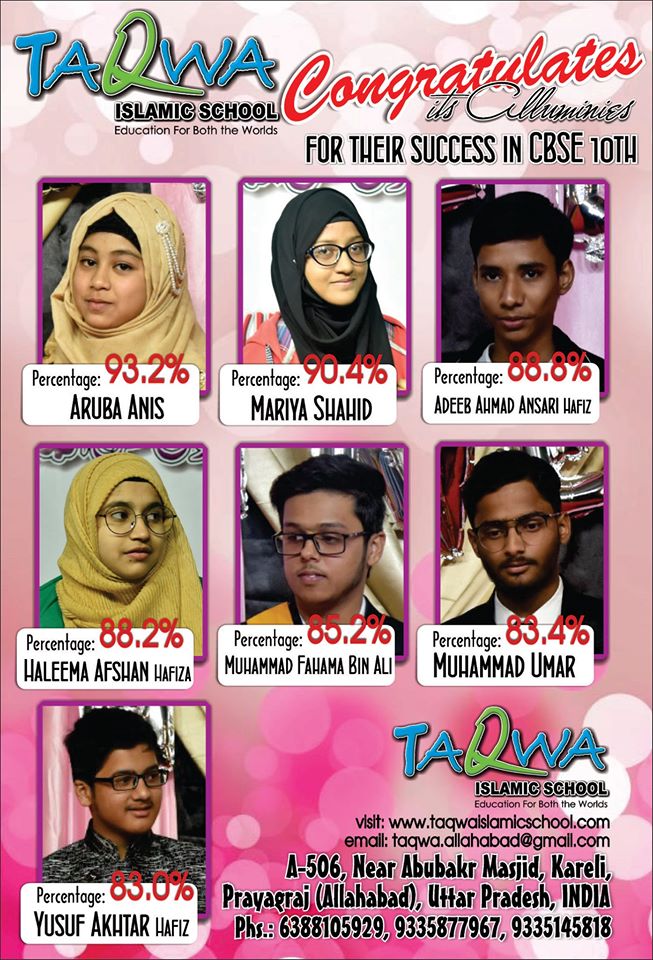 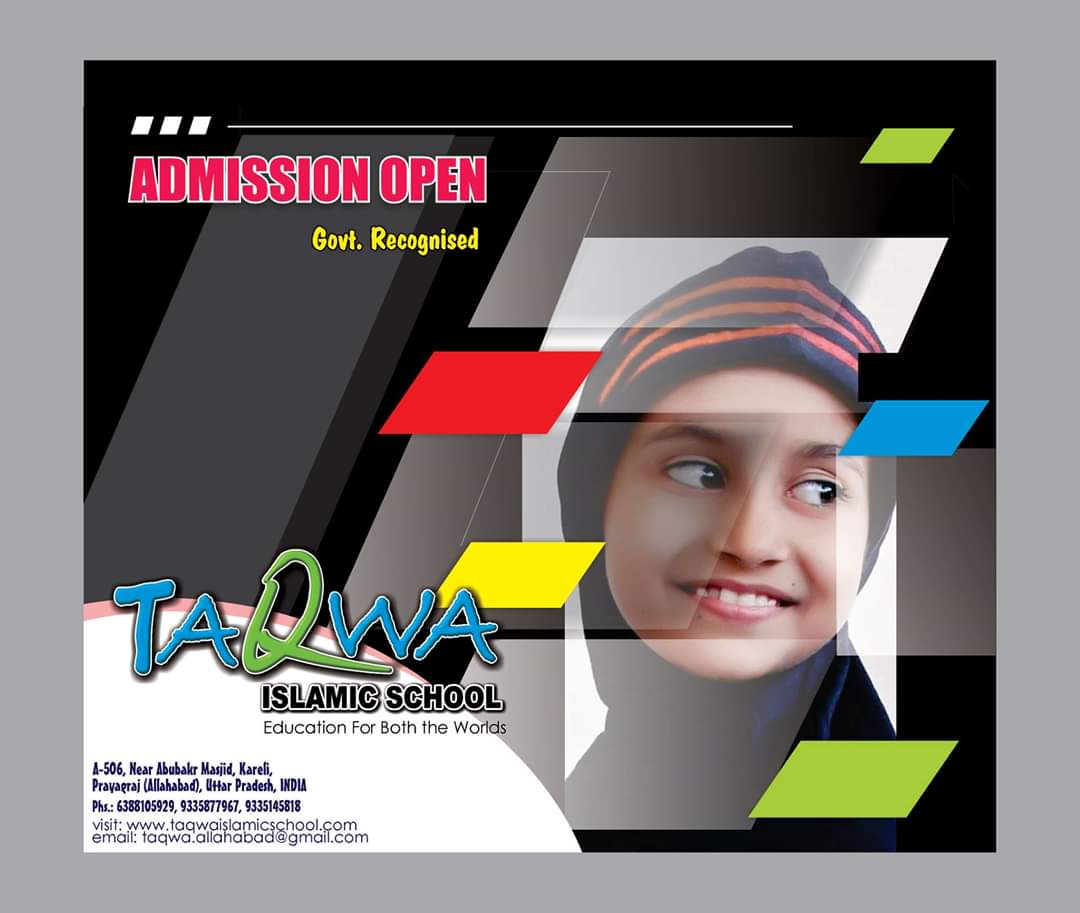 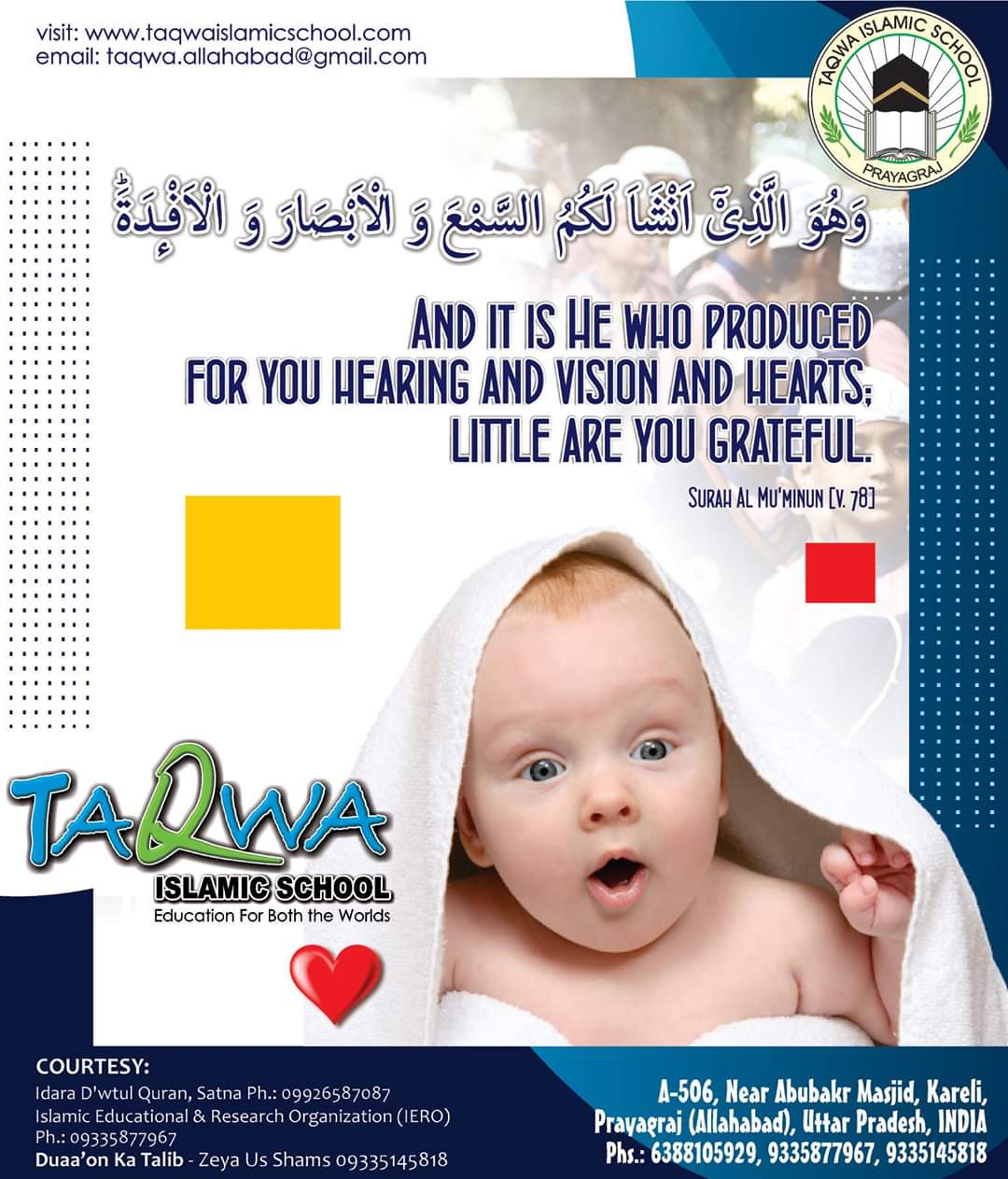